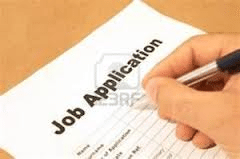 For many job hunters with criminal backgrounds, getting a second chance isn’t easy. The Los Angeles Times reports that felons, even those with degrees, find it incredibly difficult to find work. According to a Pew Economic Policy report, a former inmate’s incarceration reduces annual work time by nine weeks per year and diminishes annual earnings by 40 percent. Yet rejoining the workforce is a critical part of successful rehabilitation program. Incarceration is often traumatic. Yet being thrust back into society after spending time in jail has its own traumas. When James was released from prison after serving a long-term sentence, he felt ill-prepared and afraid over having to provide for basic needs – food, shelter, and money. Through Goodwill’s Second Chance workshop, he learned how to prepare for and deal with these pressures positively. Community programs like the Second Chance series arm re-integrating individuals with tips and techniques to build a strong resume despite a criminal background. For James, participating in Goodwill’s programs helped him change attitudes and behaviors to improve his life, learn new skills, and overcome rejection time after time. Goodwill supports implementing flexible hiring practices—such as the recently approved “Ban the Box” measure—that are designed to give former offenders the same chance at landing a job as anyone else being considered for the role. The “Ban the Box” initiative eliminated the box on City of Charlotte job applications that asks candidates to disclose their criminal records. The change means that hiring managers will delay asking about a candidate’s criminal background until later in the hiring process. Hiring practices that screen out former offenders early in the process have far-reaching impacts on African-American and Hispanic men, who are arrested at a rate that is 2 to 3 times their proportion of the general population. For a former offender, making an honest living is vital to staying away from trouble and staying out of prison. Having a job transforms lives. As important as that transformation will be for a person with a criminal background, the impact could be even greater on his or her family and community.

What are your tips for explaining to a potential employer an action that you regret?

Goodwill is hosting our 2nd Annual Bridal Pop-Up Sale on Saturday, March 7! We caught up with Taylor Pfeiffer, who …